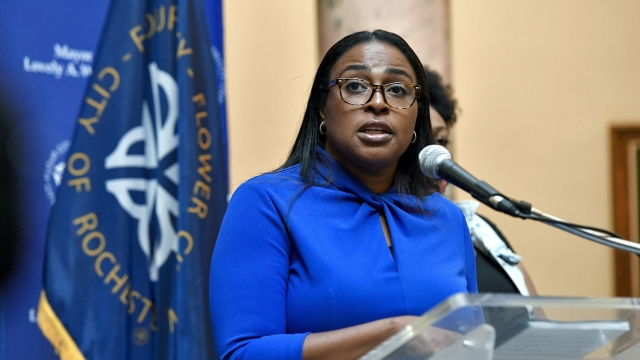 The mayor of Rochester, New York, has been indicted on two felony campaign finance charges.

The indictment accuses Democratic Mayor Lovely Warren and two of her associates of attempting to evade contribution limits while engaging in "a systemic and ongoing course of conduct with the intent to defraud more than one person."

The charges stem from her 2017 reelection campaign. Two other candidates complained to the state Board of Elections, which investigated and found considerable evidence that crimes may have been committed. The board said transfers from Warren's political action committee far exceeded contribution limits for a committee and for an individual donor.

Warren's lawyer says the mayor is ready to prove her innocence in court before her term ends next year. Her arraignment is set for Monday. If she's convicted, she would be removed from office and could serve time in jail. She could also lose her law license and forfeit her pension if it's determined she committed a crime related to her public office.

The indictment comes as protests over the death of Daniel Prude have arisen in Rochester. The Black man died of suffocation after police placed a hood over his head and forced Prude's head onto the ground. It was later revealed that city officials tried to stop the footage from being released, leading to the police chief's resignation and calls for Warren to leave office.