The Robot Searching Fukushima's Reactors May Have Made A Big Discovery 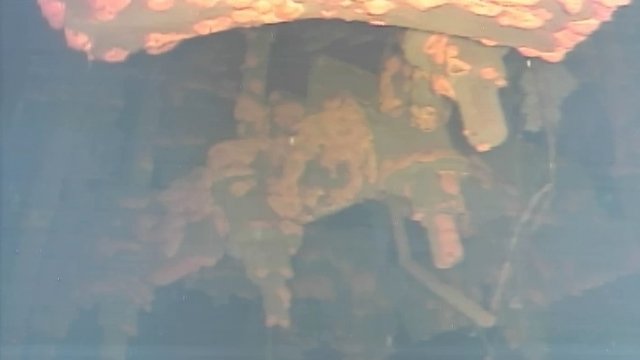 SMS
The Robot Searching Fukushima's Reactors May Have Made A Big Discovery
By Jake Jones
By Jake Jones
July 23, 2017
Cleaning up the nuclear debris around the power plant could take up to 40 years and will cost billions.
SHOW TRANSCRIPT

This is "Little Sunfish," and it's helping find nuclear waste in Fukushima. It's a remote-controlled robot fitted with two cameras. And a recent mission might have found nuclear debris at the focus of the clean-up effort.

The Fukushima plant lost power after a tsunami hit Japan's coastline back in 2011. That caused the fuel rods to overheat and melt through their containment vessel.

Last week, the bot made a trip into the Unit 3 reactor and took pictures of the damage. Some of the photos appear to show corium — melted nuclear fuel and other materials that melted with it. 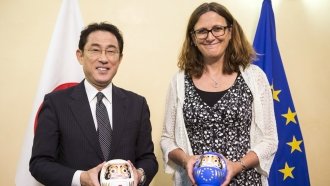 It's a pretty big discovery. The ultimate goal is to find and clean up all that melted fuel, which could take as long as 40 years.

Little Sunfish was specially designed to handle high levels of radiation. The cleanup operation will rely on other tailor-made bots. Melted fuel removal is scheduled to start in 2021.

Decommissioning the nuclear reactors will cost $72 billion, according to an official estimate.