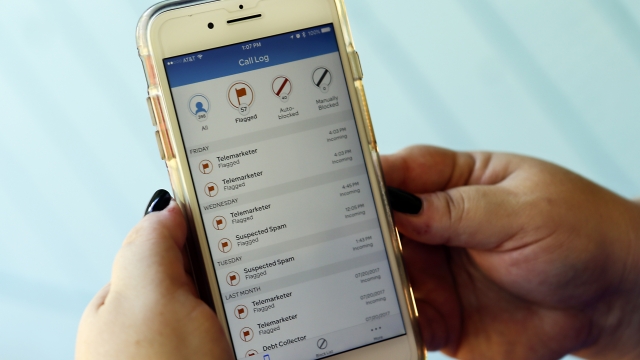 SMS
Robocalls Use Different Tactics To Scam Younger Targets
By Tyler Adkisson
By Tyler Adkisson
November 16, 2021
Victims of robocalls range in age, but they're engineered differently depending on the targeted generation.

There's a preconceived notion that elderly Americans are uniquely susceptible to robocall scams, but younger Americans are more likely to be tricked out of their money through their phones.

Nearly half of American 20-somethings reported losing money to fraud in 2020, compared to only 20% of those 70 to 79, according to Federal Trade Commission data.

"The barrier to entry to pushing robocalls out and scams out is almost zero, and you can absolutely cast a wide net across the country from that perspective," Kush Parikh, president at Hiya — a company that sells caller profile information to identify incoming calls and block suggested unwanted ones — said. "I don't think there's a bias or a specific target related to who's on the other side of the phone. It's really, 'Hey, where am I being successful?'"

While younger Americans are more susceptible to this fraud, they are giving up less money. On average, people in their 20s lost about $300 on these scams, compared to $650 for people in their 70s.

Scams targeting younger generations are engineered differently than those for older Americans. For the younger targets, the fraud may be designed to trick individuals around possible purchases they've made or services they've received, based on personal information that scammers have on their targets.

"We're seeing that many of the fraudulent robocalls and smishing messages are around health care, so we know that they're going after older people who are less aware of it," said Jacinta Tobin, vice president of Global Cloudmark Operations at ProofPoint.

"The biggest scam call out there now that seems to be catching fire, and a lot of different folks are using it, is one where they call you pretend to be a major brand or a major company and say there's a charge on your account," said Alex Quilici, CEO at robocall-blocking software company YouMail. "...'No, I don't have that. That must be fraud,' and you call, and you're going to talk to somebody who then gets your credit card sales from you."

The FCC is pushing telecom companies to block these calls through a new directive called STIR/SHAKEN.

"All voice providers nationwide — whether it's a home phone or a cell phone or VoIP line — they had to tell the FCC what they were doing to make robocalls go away," said Teresa Murray, with the U.S. Public Interest Research Group. "It's pretty much that simple. They didn't necessarily all have to have implemented the new technology, but they at least had to report to the FCC what they were doing to mitigate robocalls."

Since the FTC enacted its plan in June, robocalls have fallen, but they're still largely present. In October, robocalls targeting Americans hit their lowest point of the year — albeit at 4 billion, according to YouMail.

"The problem is when you take 4 billion a month times 12, you're at 48 almost 50 billion calls, which is the level we were at three years ago," Quilici said. "It's just kind of a round trip to a too-high level."