Robin Williams To Appear In 'World Of Warcraft' Expansion 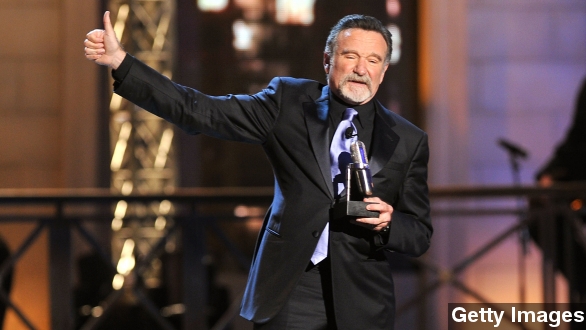 After Robin Williams' death, there was no shortage of people looking to pay homage to the comedic legend.

"O captain! My captain! You will be missed." (Via NBC / "The Tonight Show Starring Jimmy Fallon")

But one unexpected tribute came from fans of the popular online game "World of Warcraft."

Williams was reportedly a huge video game fan — and one of his favorites was Blizzard Entertainment's "World of Warcraft."

So some fellow gamers created a Change.org petition to have Williams memorialized in the game as a nonplayable character who would "perform Williams' best jokes."

And Blizzard Entertainment responded Friday, saying the actor would appear in the next expansion for the game, "Warlords of Draenor," due out Nov. 13.

Williams was apparently so into video games that he named his daughter after the title character of "The Legend of Zelda." They even appeared in a series of Nintendo commercials together.

"Are you mixing me up with the princess again?"

"Hard to say. You're both pretty magical." (Via Nintendo)

When Williams' then-wife was pregnant with their daughter, he said they were playing a lot of "Legend of Zelda" and the name just kind of stuck in their heads.

"At least you're not named Mario or Luigi."

"Oh, Peach would be a terrible name for a girl."

"There would be no end to the torment." (Via Game News)

So another Change.org petition popped up asking Nintendo to name a nonplayer character after Williams in the next "Legend of Zelda" game.

Nintendo has not yet responded, but the petition has more than 81,000 signatures as of Friday.