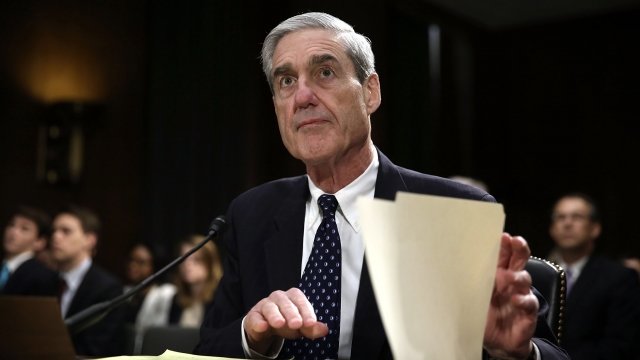 These have not been normal times.

But the man running the Russia probe, special prosecutor Robert Mueller, is old school and tight-lipped.

The interview that follows features David Graham of The Atlantic, who provides an update on that probe. Graham and Newsy's "The Why" host Chance Seales also explore the what ifs as prosecutors move in.

CHANCE SEALES: Can you kind of get us up to speed on where Robert Mueller's investigation is at right now and where it might be headed?

DAVID GRAHAM: It's interesting because for all we know about investigations into Trump, the Mueller investigation we know the least about because that's where the least leaks are. Whereas everything else seems to be leaking out information, this is a little bit more obscure.

But what we know is this: We know that he's hired a bunch of top prosecutors and that includes people who work on fraud, finance and terrorism. Really a wide range of things, and people who are good in the courtroom, people who are good investigators. There's not a sense of where he's looking. He's looking for example at some of Trump's business ties and some of his associates' business ties, whether that's Paul Manafort's work in Russia or Jared Kushner's connections with China and with Russia. And we also know that he's looking into the now infamous meeting in June 2016 that Donald Trump Jr and Kushner and Manafort had at Trump Tower with a Russian lawyer.

CS: It's interesting that you say we know the least about this because that's really the way it's supposed to be. And President Trump's team we know has been trying to undermine this investigation possibly even looking at firing Mueller, but it appears right now that he's digging down holes that are appropriate for him to look in, right?

DG: Right and you know, the things we know he's looking at are right in line with what you'd expect from this kind of investigation, in addition obviously to the overarching question of Russian interference in the election and whether the Trump campaign colluded.

It's interesting that Trump has made statements complaining about the scope of the investigation and maybe preemptively trying to keep Mueller narrow. But if you read the mandate that he got from the deputy attorney general, it's really quite broad and he can look more or less anywhere he wants that has any connection with Trump and with things that he has found in the course of the investigation.

CS: I was reading this week that in the past Nixon prosecutor also Ken Starr both had drafted documents saying that a president can be indicted. That surprised a lot of people, including myself. Did that ricochet around Washington do you think?

DG: I think it did, and you know, it's a question the Trump team will have to answer. They were probably looking into this already, but it gives them something more to work with and it maybe raises the urgency.

You know, for years, we've had this question and it's never been totally resolved. Clinton's lawyers obviously contended that he couldn't be indicted, but here we have this memo laying out in a fair amount of detail reasons why he could. It hasn't been tested, so we'll see whether it has an opportunity to be tested. But I think it does shift the groundwork and makes it more real to imagine not that only Trump associates could be in legal jeopardy but Trump himself could be.

CS: Do you think that Mueller has the chutzpah to do something like that?

DG: I think he does, and he's an interesting person who has a bipartisan reputation for being very by the book and being very careful and also of being very independent. And it's an interesting contrast with someone like a James Comey, where even Comey's defenders say he has a flair for the political and he likes to appear maybe even sort of self-righteous. But with Mueller, the reputation is very much he will go where the investigation takes him, and he has no hesitations about following any thread that he thinks ought to be followed.

CS: Is it possible that the Department of Justice at a higher level would overrule that or could they say, you know, "We're not gonna pursue that, we're not gonna put our prosecutors on that?"

DG: There are a couple ways they could go about that. Mueller, I believe, has the power to bring charges himself, but the DOJ could overrule him, they could fire him, they could remove him or they could direct him not to do something. The circumstances would make a lot of difference. For example, if President Trump told Deputy Attorney General Rod Rosenstein to specifically stop something Mueller was doing or ask him to fire Mueller, I think we would have something like a Nixon-style political disaster on our hands. It's hard to see how that might go down, but I think it's absolutely within the legal authority of Justice to do that in some ways. 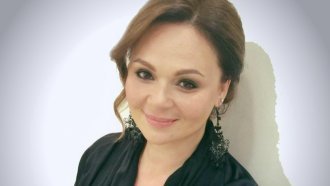 Get a deeper understanding on stories that matter with Newsy's "The Why" —weekdays 7-9 p.m. ET.