Mueller Hands Over Memo Outlining The Scope Of His Investigation 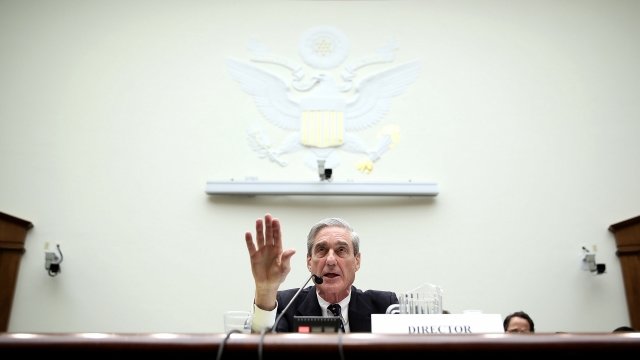 SMS
Mueller Hands Over Memo Outlining The Scope Of His Investigation
By James Packard
By James Packard
May 17, 2018
Special counsel Robert Mueller just gave a judge the document that details what he can investigate, and some GOP lawmakers want it, too.
SHOW TRANSCRIPT

Special counsel Robert Mueller has reportedly turned over the full memo that outlines what he's authorized to investigate to a federal judge. The move could elevate a potential showdown with the White House and bolster complaints from White House allies in Congress.

Some members of the congressional GOP have made a habit of questioning if Mueller has overstepped the scope of his investigation.

Former Trump campaign chairman Paul Manafort used that argument as part of his attempt to get charges thrown out. The judge in Manafort's case seemed sympathetic to that argument, suggesting Mueller's team was only interested in prosecuting Manafort to force him to give up dirt on President Donald Trump. 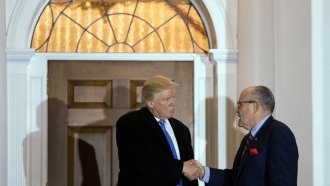 Mueller's office initially gave the judge a heavily redacted version of the memo, which Deputy Attorney General Rod Rosenstein put together. Now, Mueller's office has handed over an unredacted version, though it's still classified. Politico reports Republican Rep. Mark Meadows says the move offers more legitimacy to his argument that Mueller should hand the memo over to Congress, too.

He and two other House Republicans asked the president to override the Department of Justice and demand it send the memo, and other documents, to Capitol Hill.