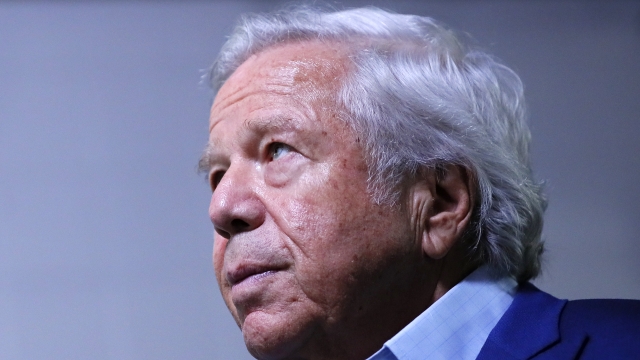 New England Patriots owner Robert Kraft has been officially charged with two first-degree misdemeanors in connection with a prostitution case.

"After review by our intake prosecutors, we are charging 25 individuals with soliciting another to commit prosecution, pursuant to sections 796.07 (2)(f) and (5)(a)1 of the Florida statutes. This charge is a first-degree misdemeanor," said State Attorney Dave Aronberg.

The charges, which police announced Friday, are part of a recent prostitution crackdown in spas around Palm Beach County and Orlando.

In a statement Monday, the NFL said it'll "handle this allegation in the same way we would handle any issue under the policy. We will take appropriate action as warranted based on the facts."

The league has the authority to discipline team owners for conduct that it deems detrimental.

Kraft has owned the Patriots since 1994. He's denied any criminal wrongdoing.