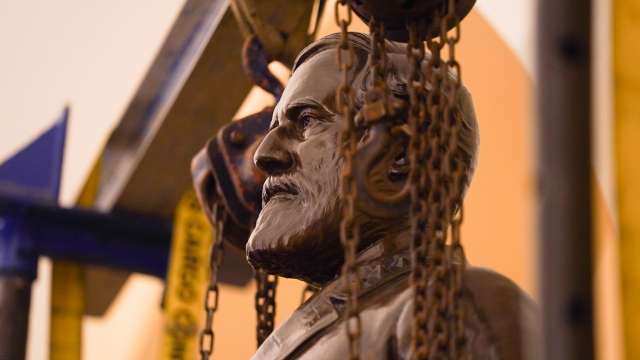 Civil rights icon Barbara Rose Johns will replace the statue of the Confederate general that's been in the U.S. Capitol for 111 years.

Office of the Governor of Virginia

A statue of Confederate Gen. Robert E. Lee was removed from the U.S. Capitol Monday morning.

The statue has represented the state of Virginia for the last 111 years. However, Gov. Ralph Northam requested it be removed and a state commission decided that Lee was not a fitting symbol for the state.

Northam said: "The Confederacy is a symbol of Virginia's racist and divisive history, and it is past time we tell our story with images of perseverance, diversity, and inclusion."

Her actions, in part, led to the Supreme Court's landmark ruling in Brown v. Board of Education.