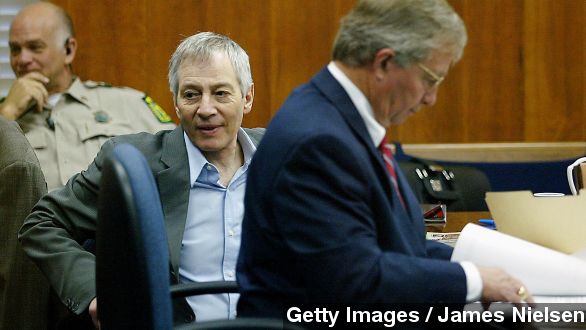 According to court documents obtained by the Los Angeles Times, prosecutors accuse Durst of "intentionally killing [Berman] by means of lying in wait."

Seventy-one-year-old Durst appeared before a judge in a New Orleans court room Monday. His defense team says Durst will go to Los Angeles, but that move could be delayed because he might face other charges in New Orleans. (Video via KPRC)

Durst was arrested in New Orleans Saturday night. He reportedly had a handgun in his possession at the time of his arrest. CNN described his behaviors in court Monday. (Video via ABC)

"Robert Durst was in a glass enclosure. ... He would stare at the gallery and even sleep leaning back in his chair. When he was taken out of the glass room he immediately looked at the gallery and just smiled," CNN Correspondent Jean Casarez said.

Durst is accused of killing Berman in 2000. He is also suspected in the 1982 disappearance of his wife, Kathleen. (Video via KTVT)

His murder charge comes a day after HBO aired the final episode of a documentary about the millionaire titled "The Jinx," during which an audio recording appears to capture him confessing to the killings.

Durst's attorney says his client is innocent. Under California law, he could face the death penalty if convicted of murder.