How Long Can The White House Run On Interim Security Clearances? 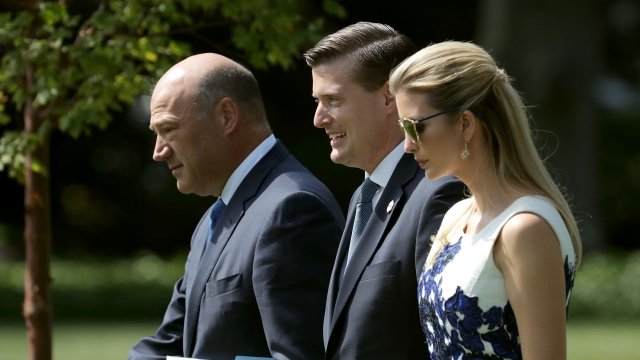 Before abuse allegations forced him out of the White House, former staff secretary Rob Porter was handling the nation's most sensitive information, and he was apparently doing it with only a temporary security clearance.

Technically, an interim clearance is only supposed to grant officials access to info classified as "Top Secret." Higher level of classification, like "Top Secret / Sensitive Compartmented Information," is still supposed to be off limits. 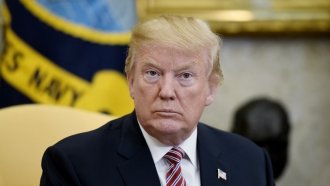 Trump Asks For Due Process As Staffers Resign Amid Abuse Allegations

But Porter's job at the White House involved funneling information to President Donald Trump — and some of that info would've been at the highest classification levels. It's not clear how Porter handled that intelligence without a permanent clearance.

And Porter isn't alone. The Washington Post reports dozens of White House officials, including senior officials like Jared Kushner, also rely on interim clearances to do their jobs.

That's partly a symptom of a broader backlog in the clearance system — more than 700,000 people are still waiting for their clearances to come through, according to the U.S. comptroller general.

Director of National Intelligence Dan Coats recently told the Associated Press that the background check system is broken and needs to "basically start with a clean sheet."

Ultimately, Trump is the main arbiter on how classified information is handled. If he wants to distribute intel outside of the classification system, that's his prerogative.

Correction: A previous version of this story misstated what TS / SCI security classification stands for. It stands for Top Secret / Sensitive Compartmented Information.