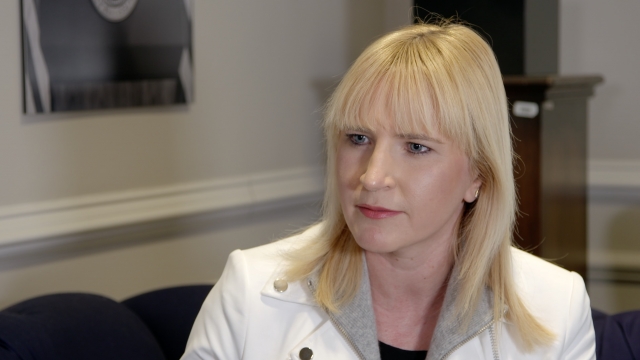 The next big question in President Donald Trump's impeachment trial is whether any Republicans will break rank and side with Democrats who are calling to bring in witnesses and documents. Democrats view it as their best shot at stopping President Trump’s acquittal. But national Republicans say they aren't worried.

"We've seen a Republican Party never unified like this," says RNC national spokesperson Liz Harrington. "It really has solidified our support because it's super important, not just about President Trump, but about future presidents. Nobody should have to be faced with baseless, endless investigations just because they won an election."

Democrats would need to peel off four Republicans, a feat that even Senate Minority Leader Chuck Schumer told MSNBC would be difficult.

"Some of them may think, 'Well maybe the safe thing to do for me is witnesses and documents.' How it will have to happen is not one person doing it but a couple of them when they talk privately saying, 'Maybe we should do it' and get a group together of five or six or seven. And they do it together. Is that certain to happen? Not at all. Is it more like than not? I'd have to say no, it is not more like than not," Schumer said.

The senators to keep an eye on include Sen. Mitt Romney of Utah, who has at times clashed with the president. And Sen. Susan Collins of Maine, who is in a competitive re-election race this year. She said this week, "It is likely that I would support a motion to subpoena witnesses … just as I did in 1999.” But the RNC isn't concerned.

"I think she's been very consistent, which is what she said before. Well, if the House Democrats are saying this is so urgent, why did you sit on it for 28 days, with Nancy Pelosi? She's going to look at the facts and make a decision for herself," Harrington says.

Harrington says it's vulnerable Democrats who should be hesitating.

"I would be more worried if I was Doug Jones, an Alabama Democrat, who's going to have to be on the record. I'd be more worried about some of these other senators in these swing states that voted for President Trump."