RNC Bio Says Melania Trump Earned A College Degree. But Did She? 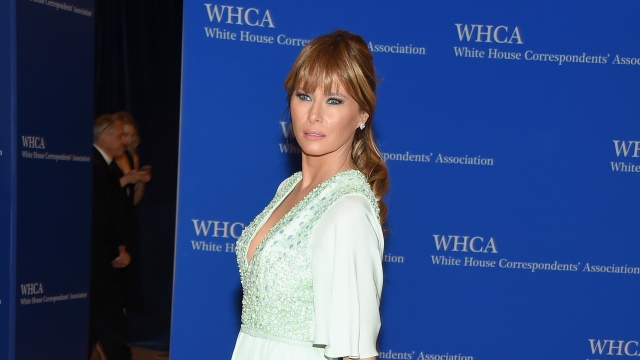 In all of the chaos that surely happens when organizing an event as big as the Republican National Convention, it appears someone forgot to fact-check the program.

Specifically Melania Trump's biography. It says the wife of the presumptive Republican presidential nominee obtained "a degree in design and architecture at University in Slovenia."

It appears parts of the bio were lifted directly from Melania Trump's own website, including the line about her university degree.

But in an unofficial biography published in February titled "Melania Trump — The Inside Story," it was revealed she dropped out of college after her first year.

Unofficial biographies should always be taken with a grain of salt, but that information was later reported again in a GQ interview in April with the added tidbit that Trump left the university to pursue modeling in Milan.

After the GQ article was published, Trump released a statement on Facebook calling out the magazine for its "disingenuous reporting," noting the article contained "numerous inaccuracies."

Still, despite what her website's biography says, Trump didn't say she received her degree in a recent interview with MSNBC.

"I grew up in Slovenia. And I went to school there. I studied design and architecture. And then I moved to Milan and Paris to live there," Trump said.

The news of the RNC's program error is being highlighted at the same time many media outlets are pointing to similarities between Trump's speech Monday evening at the convention and one made by Michelle Obama in 2008.

Trump and her representatives have yet to make any sort of statement about the inclusion of her having a college degree in the RNC program.

This video includes clips from the Republican National Convention and Fox News, and images from Getty Images.