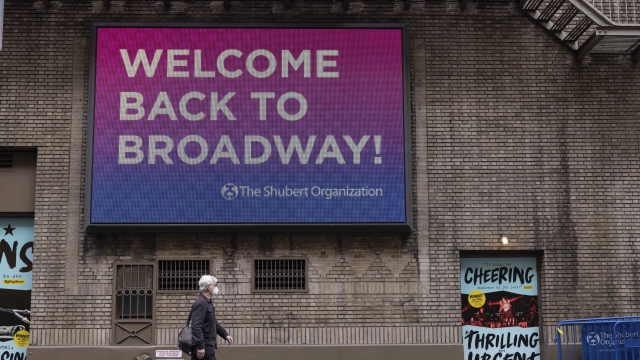 SMS
Rise In COVID Cases Postpone Broadway Musicals
By Newsy Staff
By Newsy Staff
December 20, 2021
As cases of Omicron continue to spread across the country, testing has ramped up with more than 1,100 tests in just one week for just one show.

New York State set new records for new COVID cases over the weekend, including a day with more than 22,000. Broadway shows and touring productions across the country have been forced to cancel shows due to breakthrough COVID cases with casts and crews.

"You know, it's happening by the minute. I just received an email saying that you are canceling shows for an extended amount of time," said Jawan Jackson, lead actor.

Since 2018 Jawan Jackson has played Melvin Franklin in "Ain't Too Proud: The Life and Times of The Temptations.

As cases of Omicron continue to spread across the country, Jackson says testing has ramped up with more than 1,100 tests in just one week for cast and crew. And that's just for one show. New York City currently has more than 40 productions.

"As a performer, you always have to have a back-up," said Jackson. "If I learned anything during this last shutdown in last 18 months, it's to diversify yourself."