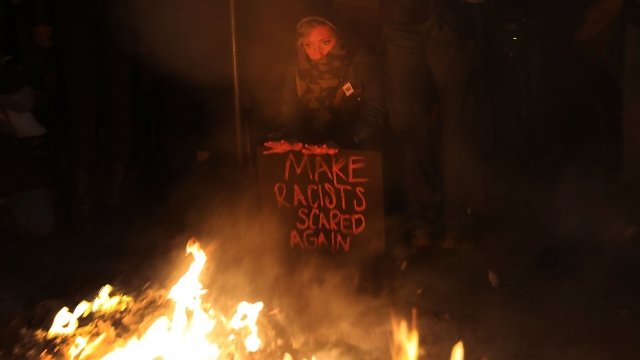 Protesters set fires and smashed store windows in Washington, D.C. Law enforcement and prosecutors initially charged 234 people during and after the protests.

In December, six of those people were acquitted and the government dropped charges against 149 others. Twenty-one others pleaded guilty to their charges.

Two separate trials resulted in acquittals. A statement from the U.S. Attorney's Office for the District of Columbia said "in light of" those results, prosecutors had decided to drop the remaining charges.