'The Greatest Show On Earth' Is Ending 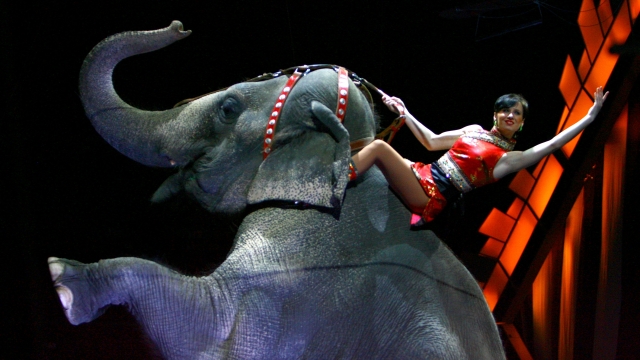 SMS
'The Greatest Show On Earth' Is Ending
By Ryan Biek
By Ryan Biek
January 15, 2017
After more than 140 years, the Ringling Bros. and Barnum & Bailey Circus is calling it quits.
SHOW TRANSCRIPT

After more than 140 years, "The Greatest Show on Earth" will be shutting down for good.

The Ringling Bros. and Barnum & Bailey Circus' final show will be in May, culminating after decades of exciting acts and animal abuse allegations.

Its CEO said ticket sales had already been declining, "but following the transition of the elephants off the road, we saw an even more dramatic drop."

In many ways elephants had been the shows' main draw, but opposition from animal rights groups led Ringling Bros. to permanently cut them from the act last year.

The CEO of the Humane Society said, "Ringling Bros. has changed a great deal over a century and a half, but not fast enough."

PETA said Ringling Bros.' announcement "heralds the end of what has been the saddest show on earth for wild animals."

But even after the Ringling Bros. Circus comes to an end, its parent company said it plans to continue running the conservation center the elephants have already been brought to.

All other animals will be transferred to acceptable caretakers.