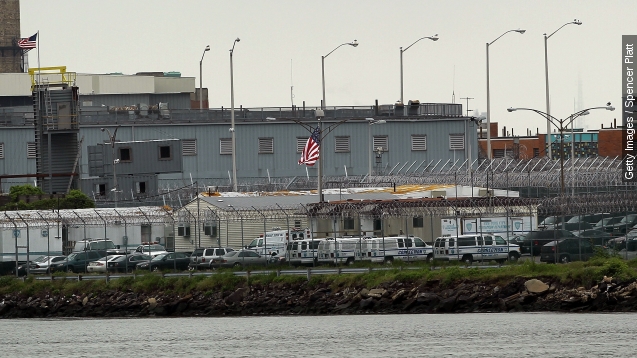 SMS
Rikers Inmates Say NYC Allowed 'Widespread' Sexual Assault
By Cliff Judy
By Cliff Judy
May 22, 2015
Two inmates filed a lawsuit saying a corrections officer repeatedly raped them and that they were told nothing could be done when they reported it.
SHOW TRANSCRIPT

The women filed a federal lawsuit Tuesday against one of the jail's corrections officers and the city saying the officer repeatedly raped them. The women say when they tried to report the assaults, they were told nothing could be done. (Video via WABC)

Part of the suit reads the officer threatened to allow other inmates to beat the women up if they reported assault. The women's attorneys also allege when Rikers officers get reported, "retaliation includes threats and other verbal abuse, deprivation of food for extended periods of time, refusing to permit women to bathe, and placing them in punitive segregation based on false disciplinary charges."

Congress passed the Prison Rape Elimination Act — or PREA — in 2003, hoping to effectively create a zero-tolerance policy. The New York Times recently pointed out, however, the DOJ took nearly a decade to create "final standards" for the law and many corrections facilities like Rikers are lagging. (Video via PBS)

A public advocate who has petitioned for the city to bring Rikers in line with PREA told Capital New York, "It really doesn't come as a surprise—the city for a long time has turned a blind eye to unacceptable rates of sexual victimization on Rikers Island."

A spokesman for the city's corrections department told CNN the office wouldn't comment on pending litigation but said the department does have a "zero tolerance policy with regard to sexual abuse and assault."