A Hoax? Cosmetics Company Wants To Brighten The Moon 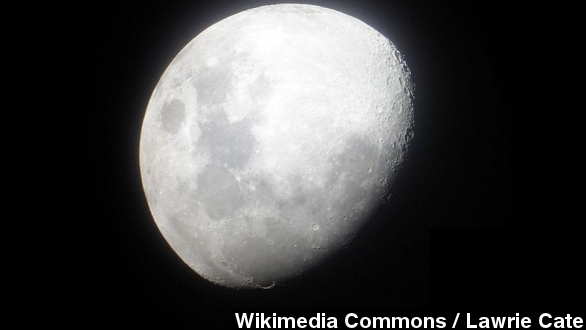 SMS
A Hoax? Cosmetics Company Wants To Brighten The Moon

You might think twice about walking around in the dark after the sun goes down, but a Swedish cosmetics company is here to help. The solution — brightening the moon. Yep, we know it sounds ridiculous and probably like a hoax.

To start, the light the moon creates is actually the sun reflected off the moon's surface. And the moon only reflects about 12 percent of the light that hits it because it's surface is so rocky and darkly-colored. (Via National Geographic)

Okay, so we can maybe see why a cosmetics company would want a brighter moon to reflect its makeup better at night. Well, wrong. FOREO apparently wants to brighten the moon to use less electricity and save on carbon emissions.

"Expenditures on powering street lights can cost nations up to 40 percent of their total electricity bill. ... In one year a single street light generates 120 killigrams of CO2. And with 30 million street lights in the U.S. alone: 3.6 million tons of CO2." (Via YouTube / FOREO)

Despite not revealing how it plans to go about brightening the moon, on its website, FOREO explains why it believes the most expensive solution is the best solution.

Because only one side of the moon faces Earth, FOREO would only have to brighten that one side, it would use sustainable resources, the brightening results would be seen worldwide, and it would require no extra effort from people in their daily lives.

But Mashable reminds us of the consequences of this somewhat insane idea, noting a brighter moon would mean no visible stars, sleep patterns could be disrupted, and there's also "the question of how messing with something as basic as night would affect our collective human psyche."

The writer goes on to speculate that this whole moon brightening project might just be a way to create some buzz for new toothbrush FOREO is currently crowd-funding. (Via FOREO)

FOREO already has more than $52 million set aside for research into this project, but there is a less-expensive way cities can go about lowering their electricity bill.

A writer for Live Science notes that LED lights use 75 percent less energy than a regular incandescent bulb.

A writer for Gizmodo is clearly skeptical of the moon brightening project in its entirety, saying, "While we're at it, let's not just brighten the moon but add mass to it: change tides in the oceans, throw off menstrual cycles, maybe even slow the earth's rotation down by a millisecond and gain a bit more breathing room every day."

While we are more than ready to chuck this moon brightening idea in a bin that's already occupied by space elevators and colonies on Mars, FOREO insists it will be launching its first mission to the moon in 2020.