Rick Santorum Admits His Campaign May Be Coming To A Close 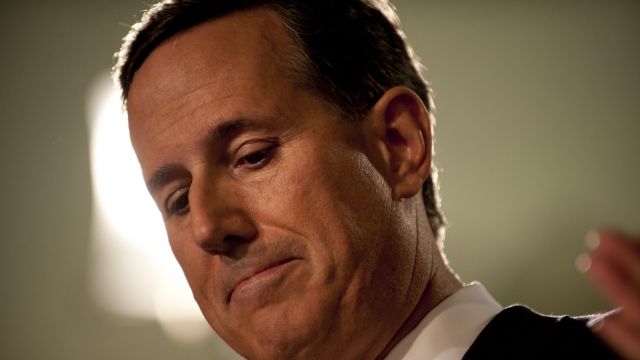 SMS
Rick Santorum Admits His Campaign May Be Coming To A Close
By Ryan Biek
By Ryan Biek
January 25, 2016
The Republican presidential candidate is at the bottom of the polls in the Iowa caucus.
SHOW TRANSCRIPT

Yet, he also said he didn't need to win in Iowa to continue his campaign, only to "finish ahead of the pack that's sitting in single digits."

So, is that likely? Ben Carson is the most popular candidate still in single digits. In the latest Fox News poll, he leads Santorum by 6 points. But in the most recent CBS poll, he leads by only 4. (Video via Ben Carson for President 2016)

Beyond Iowa, though, Santorum ranks last in a Real Clear Politics average of statewide polls.