Pitino Urges Louisville To Seek Legal Action Against The NCAA 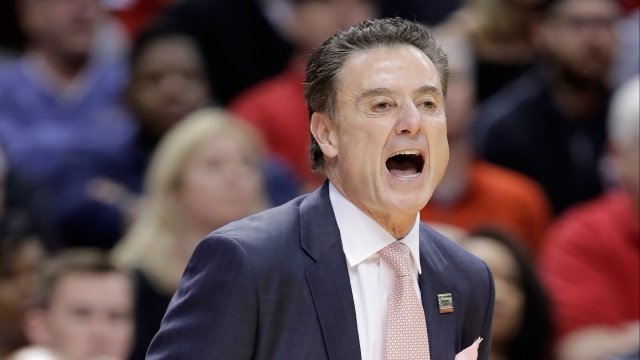 Former University of Louisville basketball coach Rick Pitino is urging the school to take legal action against a recent NCAA ruling that vacates the men's basketball team of its 2013 national championship title.

"I hope the university will not give up its fight and follow suit by taking this injustice to the courts in filing an injunction for that banner not to come down," Pitino said.

On Tuesday, the association upheld sanctions against the school over a scandal involving on-campus parties with basketball players, strippers and escorts.

"Our players won those games by outplaying outstanding opponents," he said.

Pitino is also suing the University of Louisville's athletic association over breach of contract for firing him in October.