Perry Says He Will Not Comply With Congressional Subpoena 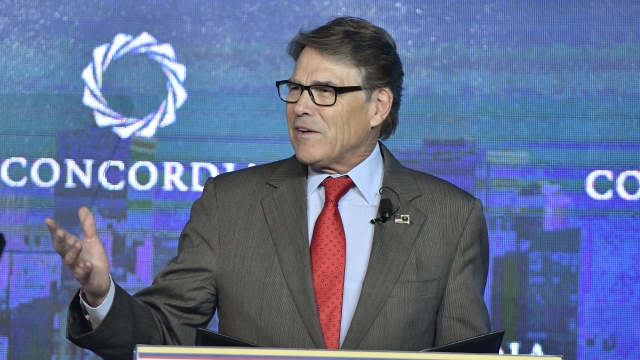 Outgoing Energy Secretary Rick Perry said he will not comply with a congressional subpoena, following in the footsteps of several other administration officials.

The subpoena asked Perry to hand over records related to Ukraine as part of the impeachment inquiry into President Donald Trump. He was given until Friday. Cabinet officials including Secretary of State Mike Pompeo, Defense Secretary Mark Esper and Vice President Mike Pence have already done much the same thing.

In a letter to House lawmakers, the assistant energy secretary for congressional and intergovernmental affairs wrote, "Even if the inquiry was validly authorized, much of the information sought in the subpoena appears to consist of confidential Executive Branch communications that are potentially protected by executive privilege and would require careful review to ensure that no such information is improperly disclosed."

Perry will resign at the end of the year. He made the announcement Thursday night in a video.

President Trump has announced on Twitter that he'll nominate Deputy Energy Secretary Dan Brouillette to take Perry's place. The president said his "experience in the sector is unparalleled."

Brouillette is a former executive at USAA and Ford, as well as a former chief of staff to the House energy committee. He's also an Army veteran.