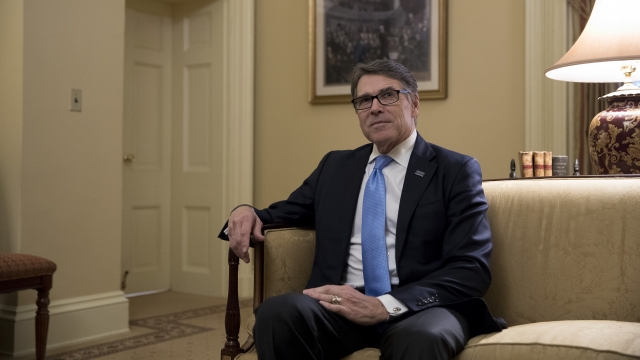 Rick Perry, Donald Trump's nominee for secretary of energy, got to the point pretty quickly during his Senate confirmation hearing Thursday.

"My past statements made over five years ago about abolishing the Department of Energy do not reflect my current thinking," Perry said.

During a presidential primary debate in 2011, the former Texas governor said he wanted to eliminate the Department of Energy. But he infamously forgot its name.

"After being briefed on so many of the vital functions of the Department of Energy, I regret recommending its elimination," Perry said.

He was also straightforward about his stance on climate change — he now believes in it.