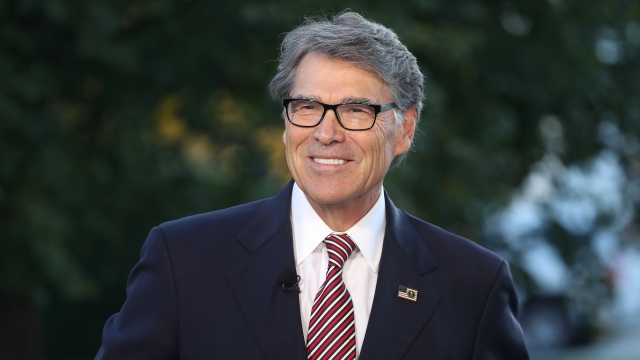 Energy Secretary Rick Perry has turned down House Democrats' invitation to testify as a part of their ongoing impeachment inquiry into President Donald Trump.

In a statement released on Friday, an Energy Department spokesperson said, "The Secretary will not partake in a secret star chamber inquisition where agency counsel is forbidden to be present."

Perry had been asked to testify before three committees leading the impeachment investigation on Wednesday, after coming under scrutiny for his role in the Trump's administrations dealings with Ukraine.

The Washington Post reported in October that President Trump told House Republicans that Perry had requested that he make the July call to Ukraine's president that has become the focus of the impeachment inquiry. The Energy Department later confirmed that Perry encouraged the two leaders "to discuss matters related to their energy security and economic development."

The Energy Department left open the possibility that Perry could testify in the future, if the House holds "an open hearing where the Department's counsel can be present and the American people can witness."

Perry, who is set to leave his post at the end of the year, said last month that he would not comply with a congressional subpoena seeking documents related to his dealings with Ukraine.