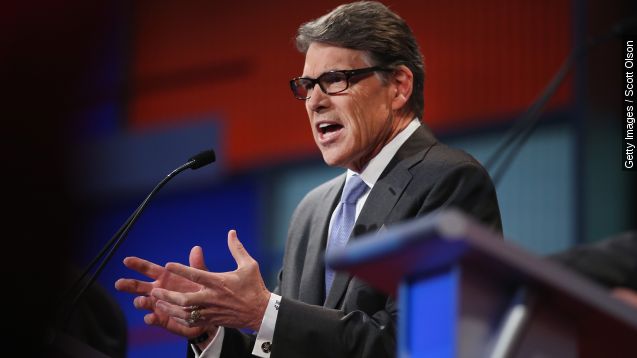 The 2016 GOP primary has its first casualty. Former Texas Gov. Rick Perry has suspended his campaign for president.

The withdrawal isn't completely unexpected — Perry has struggled to distinguish his brand of conservatism in the crowded GOP field. His polling numbers are in the single digits, and his campaign has been facing financial troubles.

In his farewell remarks, obtained by several news outlets ahead of time, Perry congratulates the Republican Party on "a tremendous field — the best in a generation. ... I step aside knowing our party is in good hands."

This is Perry's second unsuccessful presidential bid. His first run in the 2012 GOP primary ended after an infamous debate stumble cost him support.