Rick Gates Reportedly Plans To Plead Guilty Within The Next Week 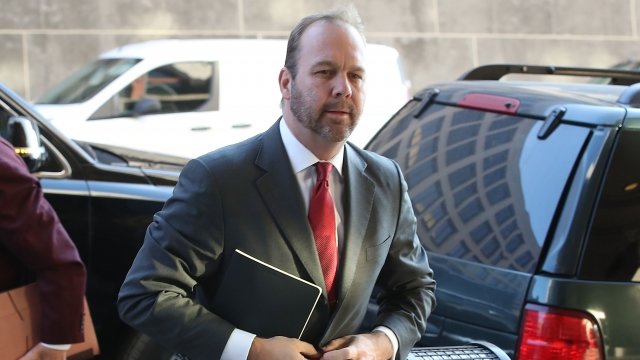 SMS
Rick Gates Reportedly Plans To Plead Guilty Within The Next Week
By Katherine Biek
By Katherine Biek
February 19, 2018
The Los Angeles Times reports the former Trump campaign aide will plead guilty to fraud-related charges "within the next few days."
SHOW TRANSCRIPT

That's according to the Los Angeles Times, which reported Sunday that Rick Gates will change his plea "within the next few days."

In October, Gates and Manafort were indicted on a slew of charges, including conspiracy against the United States, conspiracy to launder money and making false statements. Both pleaded not guilty at the time.

An unnamed political consultant told the Times that if Gates cooperates with Mueller's investigation, he could see "a substantial reduction in his sentence."