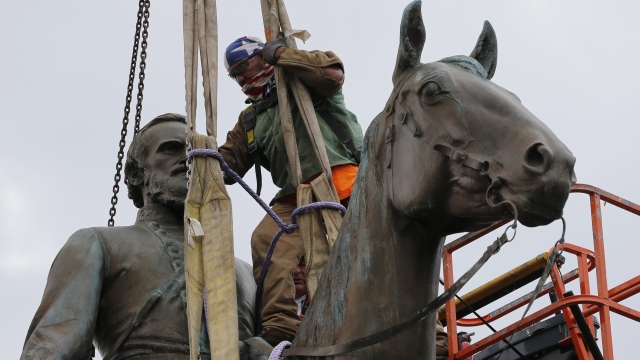 The mayor of Richmond, Virginia, has ordered the immediate removal of all Confederate statues from city property.

Mayor Levar Stoney used his emergency powers on Wednesday to have multiple Confederate monuments removed, saying the statues pose a public safety threat amid recent protests. Stoney said people could get hurt trying to take down the statues themselves, and that the large gatherings increase the chance of COVID-19 spread. He also said "it is past time ... to turn [the] page" on Richmond's Confederate legacy.

"These statues, although symbolic, have cast a shadow on the dreams of our children of color," Stoney said. "By removing them, we can begin to heal and focus all our attention on our future."

Work crews have already removed a bronze statue of Confederate Gen. Stonewall Jackson, and the mayor said other statues will be taken down "over the next several days." Stoney says the removed statues will be placed in storage while a 60-day administrative process determines their fates.