RGIII Gets Another Chance At Success With Cleveland Browns 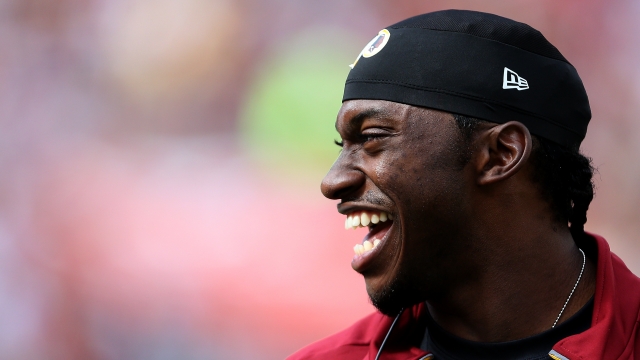 Griffin tweeted Thursday he was "Excited to Join the #DAWGPOUND," which is a much different expression than when we saw him leaving the Redskins like an apathetic office employee.

Griffin's struggles since his breakout rookie season have been well-documented and almost punctuated by a torn ACL, a dislocated ankle and drop in the Redskins' depth chart.

Griffin didn't play in the 2015 season, but he and head coach Hue Jackson seem to think the former Heisman winner's move to Cleveland is good for everyone involved.

One thing Griffin will have to do once he suits up for Cleveland is compete. The Browns will have the No. 2 pick, and Jackson has said he'd draft a quarterback if it's a good fit for the team.

This video includes clips from WUSA and WTTG and images from Getty Images.