Rex Tillerson Is Skipping A NATO Meeting, And Critics Are Concerned 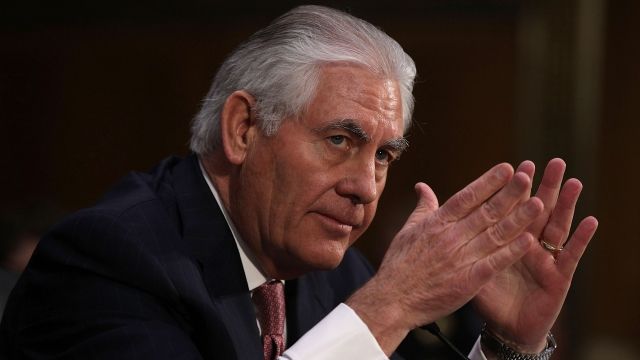 Secretary of State Rex Tillerson will skip what would have been his first meeting with NATO early next month.

According to several reports, Tillerson will miss the foreign ministers summit so he can be in Florida when President Donald Trump hosts Chinese President Xi Jinping.

It's worth noting Tillerson just met with Xi in China on his first trip to Asia in mid-March.

The NATO meeting is scheduled for April 5-6, and Xi is expected to arrive at Trump's Mar-a-Lago resort April 6.

The Wall Street Journal notes it's rare for the U.S. secretary of state to miss a NATO meeting. That hasn't happened since 2003.

What is on Tillerson's travel itinerary: a trip to Russia later in April. The reason for the visit is unclear. 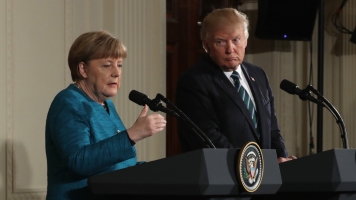 And that trip has some worried the U.S. is prioritizing Russia and China over the NATO allies.

New York Rep. Eliot Engel said in a statement, "Trump's administration is making a grave error that will shake the confidence of America's most important alliance and feed the concern that this administration is simply too cozy with Vladimir Putin."

Trump has already given NATO allies reason for concern.

During his presidential campaign, he called the alliance "obsolete" and said he would only protect fellow NATO nations if they "fulfilled their obligations to us."

Tillerson is scheduled to meet with some NATO leaders this week at a gathering of the Global Coalition to Counter ISIS. As for next month's meeting, acting Deputy Secretary Tom Shannon will attend in Tillerson's place.