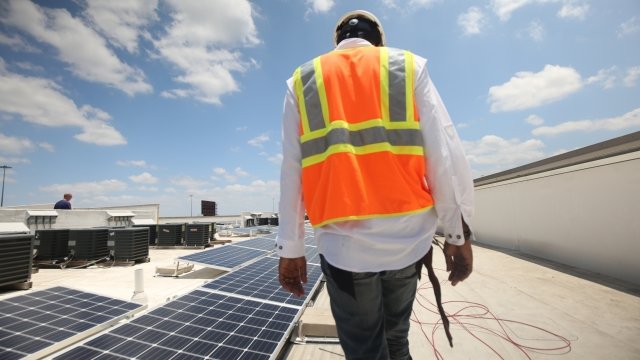 If Texas were its own country, it would be the world's No. 4 producer of wind energy. Clean energy in the Lone Star State and across conservative Middle America is on the rise, but it's running up against a powerful fossil fuel lobby that stretches from West Texas to Washington, D.C.

Our series "Revolt" explores climate and energy issues in a fresh context focused on Middle America. This is the fifth of six episodes that debut weekly. 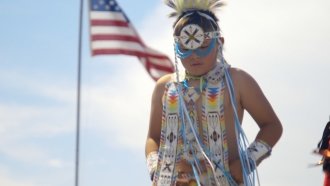 - "If (Texas) really were its own country, it would be the world's number four producer of wind energy." - NPR

- Sweetwater, Texas, has four of the 11 largest wind farms in the world. - The Guardian

- "As a nonpartisan policy expert, Tyson Slocum has explained energy policy to everyone from Stephen Colbert to the U.S. Congress." - Comedy Central, U.S. House of Representatives

- "What we're seeing right now is the cheapest sources of new energy are renewables led by wind and solar, and natural gas. Nuclear and coal no longer can produce electricity the cheapest." - Lazard's levelized cost of energy analysis

- "Executives at oil and gas companies have paid big money to groups and campaigns for Trump's head of the EPA, his secretary of the interior and to Energy Secretary Rick Perry."

- "And after running ExxonMobil for 11 years, Trump's secretary of state got a huge retirement payout." - PBS Newshour

- "Trump himself removed limits on corporate donations and got millions from fossil fuel companies for his inauguration." - Center for Public Integrity

- "Overall, the industry pumped tens of millions into the last election cycle, most of it for Republicans." - Center for Responsive Politics

- "The congressional district that runs from San Antonio to Austin has more solar jobs than anywhere else in Texas." - The Solar Foundation

- "If you look at pure job creation per dollar, the green energy economy employs so many people already." - U.S. Department of Energy