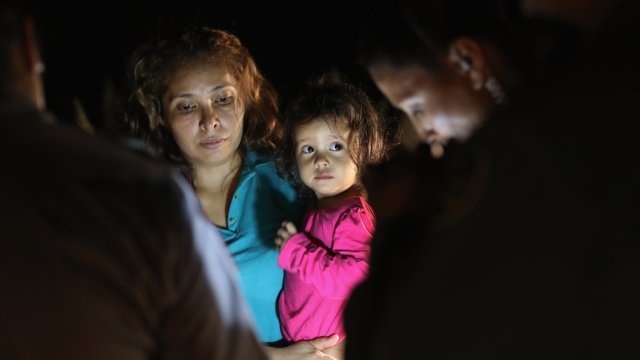 SMS
Reuniting Immigrant Families Is Easier Said Than Done
By Ben Schamisso
By Ben Schamisso
June 21, 2018
The president says he wants the thousands of families who've been separated at the border to be reunited. But no clear plan is yet in place.
SHOW TRANSCRIPT

After days of mounting pressure, President Donald Trump is taking action to stop separating parents from their children after they've crossed illegally into the U.S.

"It's about keeping families together while at the same time being sure that we have a very powerful, very strong border," Trump said on Wednesday after signing the executive order. "I didn't like the sight or the feeling of families being separated."

But a lot of legal and logistical questions remain unanswered. For one: what's going to happen to the more than 2,300 children who have already been separated from their families since May? 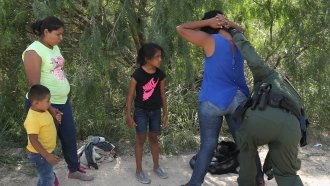 What Trump's Family Separation Executive Order Does And Doesn't Do

Trump's order does not mention them. And when asked by a reporter about the fate of those children, Homeland Security Secretary Kirstjen Nielsen said reunification was the plan but didn't provide much more detail.

"We have a plan to do that. As you know, we do that on the back end, so it's a combination of DHS, DOJ, HHS reuniting as quickly as we can," Nielsen said.

A spokesperson for the department that's in charge of the separated children told The New York Times that the agency was awaiting further guidance from the White House. Trump said Thursday in a Cabinet meeting he wants to see those reunifications happen quickly.

Before now, children were usually only detained alone if they crossed the border alone, so reuniting children with parents who are in government custody is uncharted territory. In theory, though, a parent who's been released pending court appearances could look after their undocumented child.

The government says it's dedicating a facility to reunite families before deporting them and it's informing parents on how to locate their children by handing them this flyer.

It tells the parents how to contact the different agencies responsible for the children and says video and phone calls can then be arranged.

But activists describe the communication and reunification process as "ineffective" and "confusing." They say parents have been deported without their children.

The president of an immigrant advocacy group told CNN: "The bottom line is they didn't think through family reunification when they launched this policy because it wasn't of interest to them. It wasn't a concern."