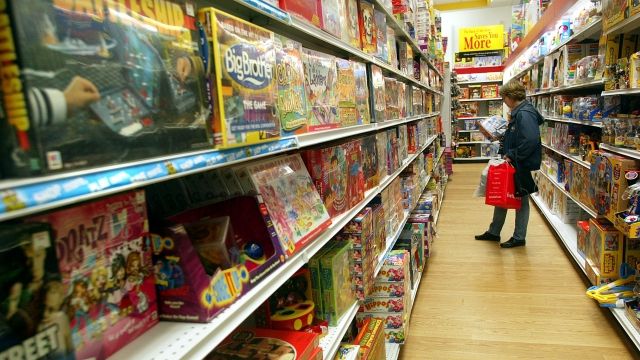 SMS
That Bad Gift You're Returning Might Not Go Where You Think It Will
By Lindsey Pulse
By Lindsey Pulse
December 30, 2016
Returned packages aren't always resold. Some can end up in landfills, which produce harmful methane gas.
SHOW TRANSCRIPT

You've probably received an awful holiday gift at some point, but returning that ugly sweater can actually hurt the environment.

In the first week of January, U.S. consumers are expected to return tens of billions of dollars in unwanted products. For 2015, the total rang in at around $69 billion.

The United Parcel Service alone will handle an estimated 5.8 million of those holiday returns. UPS has nicknamed Jan. 5 "National Returns Day" because the company handles around 1.3 million returns on that day.

The thing is, a lot of those returns won't reach the original seller and go back on the shelf.

Instead, those products end up in a web of resellers, liquidators and distribution centers — and a percentage of those end up in landfills.

A co-founder of Optoro, a company that helps retailers with consumer returns, says this process generates over 4 billion pounds of waste in the U.S. every year.

It's often more economical for retailers to toss the returned products than deal with shipping them back.

Landfills are one of the largest producers of methane gas in the U.S., according to the Environmental Protection Agency, which also notes that methane has a global warming potential 25 times greater than carbon dioxide.

So maybe just wear the sweater.