Return Of The Jedi? 64,000 Australians Claim Jedi Is Their Religion 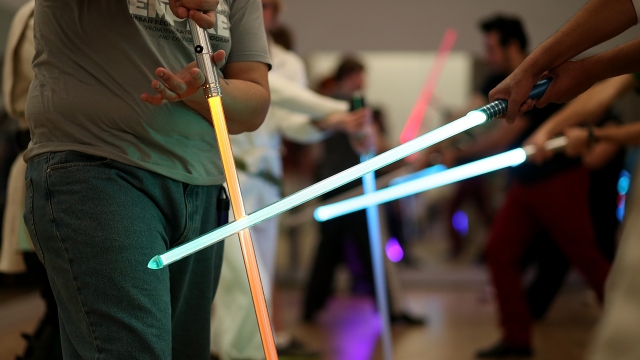 "Remember, the Force will be with you. Always," Obi-Wan Kenobi said.

Apparently, the Force isn't just with Luke Skywalker and the rest of the "Star Wars" gang these days.

According to a new report out this week, tens of thousands of Australians have claimed in recent censuses that their official religion is Jedi. And some people aren't too happy about it.

"The Force is strong in my family," Luke Skywalker said.

Here are the stats: A whopping 64,390 Australians marked their religion as Jedi in the 2011 census.

That puts the number of Australian Jedi just below the Sikh community and above the Seventh-day Adventists.

SEE MORE: You're Not The Only Person With A 'Star Wars' Password

Now, this Jedi trend isn't a new thing. It all started back in 2001 when an email campaign erroneously claimed the government would have to officially recognize it as a religion if enough people picked it in the census. Whoops.

And it's been going strong ever since. In the 2006 census, a little more than 58,000 Australians claimed they were Jedis.

But even though it may seem like a harmless joke, the president of the Atheist Foundation of Australia isn't laughing.

She told the Brisbane Times, "Answering the religion question thoughtfully and honestly matters because it benefits all Australians when decisions on how to spend taxpayer dollars are made on sound data that accurately reflects modern-day Australia."

And dozens of people on Twitter have launched a "Don't Mark Yourself as Jedi" campaign to make sure the fun stops before the 2016 census.

To that we say good luck. And may the Force be with you.