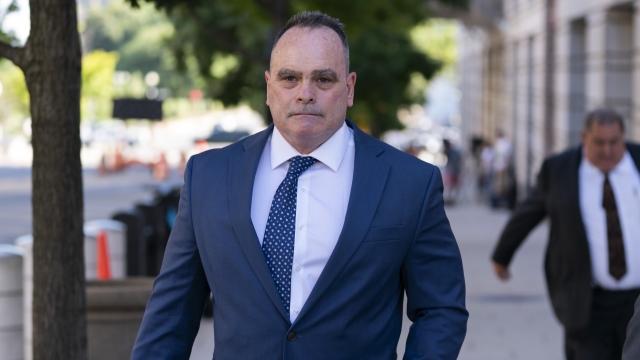 A retired New York Police Department officer was sentenced on Thursday to a record-setting 10 years in prison for attacking the U.S. Capitol and using a metal flagpole to assault one of the police officers trying to hold off a mob of Donald Trump supporters.

Thomas Webster's prison sentence is the longest so far among roughly 250 people who have been punished for their conduct during the riot on Jan. 6, 2021. The previous longest was shared by two other rioters, who were sentenced separately to seven years and three months in prison. 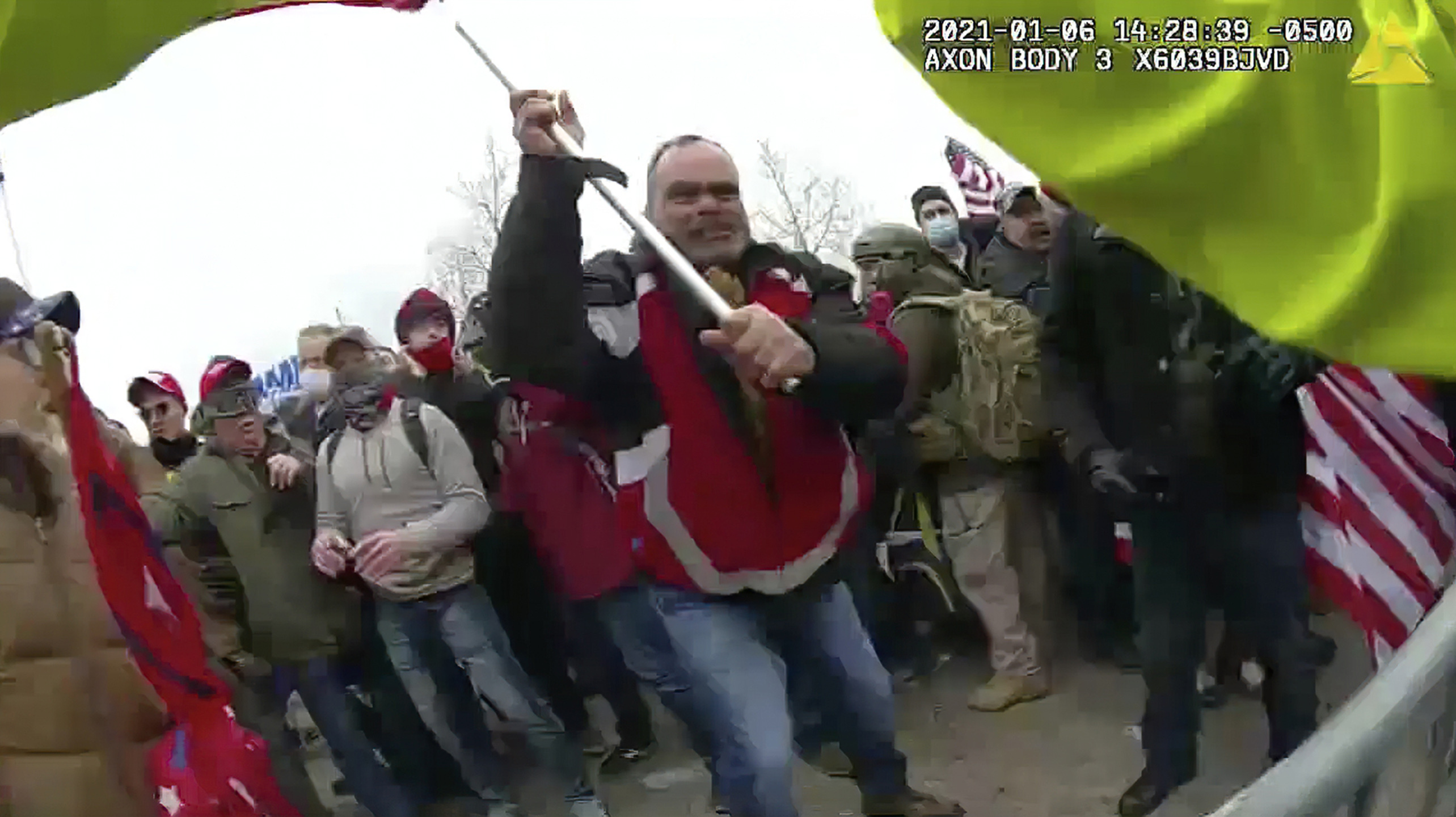 Webster, a 20-year NYPD veteran, was the first Capitol riot defendant to be tried on an assault charge and the first to present a self-defense argument. A jury rejected Webster's claim that he was defending himself when he tackled Metropolitan Police Department officer Noah Rathbun and grabbed his gas mask outside the Capitol on Jan. 6.

U.S. District Judge Amit Mehta sentenced Webster, 56, to 10 years in prison plus three years of supervised release. He allowed Webster to report to prison at a date to be determined instead of immediately ordering him into custody.

Webster turned to apologize to Rathbun, who was in the courtroom, but didn’t address the judge. Webster said he wishes he had never come to Washington, D.C.

“I wish the horrible events of that day had never happened,” he told the judge. 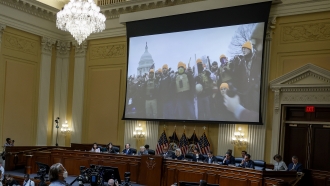 Do Voters Care About The Committee’s Effort To Investigate Trump?

In a court filing, prosecutors accused Webster of “disgracing a democracy that he once fought honorably to protect and serve.” Webster led the charge against police barricades at the Capitol’s Lower West Plaza, prosecutors said. They compared the attack to a medieval battle, with rioters pelting officers with makeshift projectiles and engaging in hand-to-hand combat.

Defense attorney James Monroe said in a court filing that the mob was “guided by unscrupulous politicians" and others promoting the lie that the 2020 presidential election was stolen from the Republican incumbent. He questioned why prosecutors argued that Webster didn't deserve leniency for his 25 years of service to his country and New York City.

In May, jurors deliberated for less than three hours before they convicted Webster of all six counts in his indictment, including a charge that he assaulted Rathbun with a dangerous weapon, the flagpole.

Webster had testified at trial that he was trying to protect himself from a “rogue cop” who punched him in the face. He also accused Rathbun of instigating the confrontation.

Rathbun testified that he didn’t punch or pick a fight with Webster. Rathbun said he was trying to move Webster back from a security perimeter that he and other officers were struggling to maintain.

Rathbun’s body camera captured Webster shouting profanities and insults before they made any physical contact. The video shows that Webster slammed one of the bike racks at Rathbun before the officer reached out with an open left hand and struck the right side of Webster’s face.

After Rathbun struck his face, Webster swung a metal flag pole at the officer in a downward chopping motion, striking a bike rack. Rathbun grabbed the broken pole from Webster, who charged at the officer, tackled him to the ground and grabbed his gas mask, choking him by the chin strap.

Webster drove alone to Washington, D.C., from his home near Goshen, New York, on the eve of the Jan. 6 “Stop the Steal” rally, where Trump addressed thousands of supporters. Webster was wearing a bulletproof vest and carrying a Marine Corps flag on a metal pole when he joined the mob that stormed the Capitol.

Webster retired from the NYPD in 2011 after 20 years of service, which included a stint on then-Mayor Michael Bloomberg’s private security detail. He served in the U.S. Marine Corps from 1985 to 1989 before joining the NYPD in 1991.