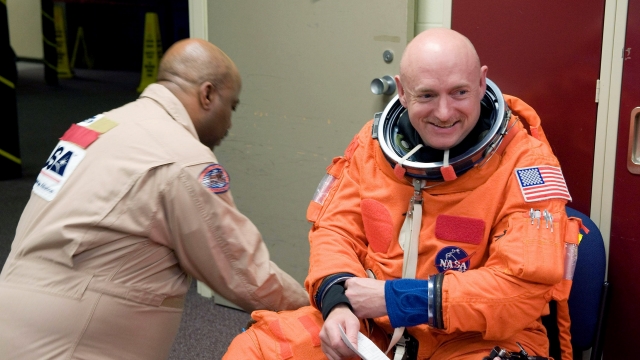 Retired NASA astronaut Mark Kelly launched his campaign for U.S. Senate with a rally in Tucson, Arizona, on Saturday.

The event marked the beginning of what Kelly called a "mission for Arizona", with the Democratic hopeful choosing to open his run for office in the state where his family has previously experienced hardship.

In 2011, his wife, former U.S. Rep. Gabby Giffords, was shot in the head during a constituent meeting in Tucson. Since then, Kelly has been a fierce advocate for tougher gun control laws.

Several hundred supporters attended the rally. Kelly brought up health care affordability, gun violence and climate change as a few of the issues he planned to focus on during his campaign.

If he wins the Democratic nomination, he'll challenge Republican U.S. Sen. Martha McSally, who was appointed to fill the seat vacated by the late Sen. John McCain. But Kelly may face a challenge for the nomination from Rep. Ruben Gallego, a Phoenix-based Democrat who's considering making a run.

The electoral contest next year will determine who fills McCain's Senate seat for the last two years of his term.