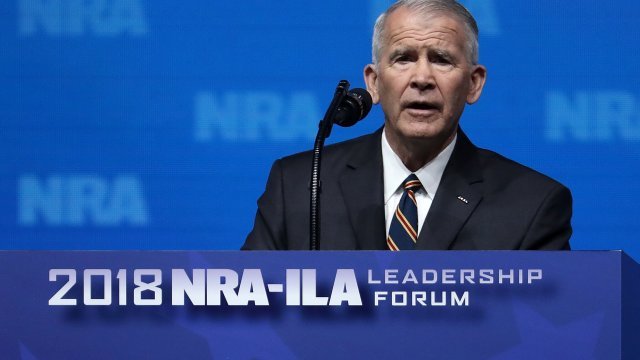 Retired Marine Lt. Col. Oliver North will be the next president of the the National Rifle Association. He takes over for Pete Brownell, who decided not to seek a second term as the group's president.

This announcement means North will step down from his commentator role at Fox News effective immediately. He's expected to take over the presidency in the coming weeks.

North was on the National Security Council during the Reagan administration. In 1989, he was convicted on several charges connected to the sale of weapons to Iran and funding contra forces in Nicaragua. Those charges were dropped in 1991.

NRA Executive Vice President Wayne LaPierre said in a statement that North's nomination "is the most exciting news for our members since Charlton Heston became President of our Association."