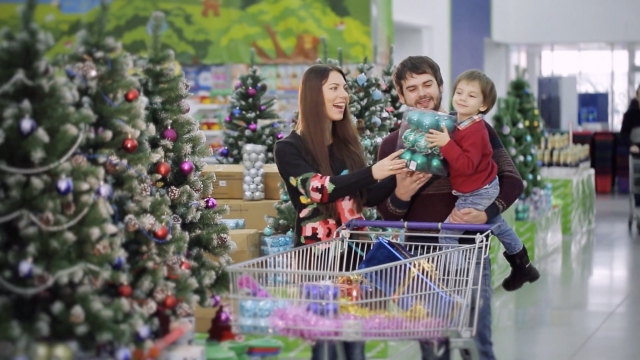 It's not officially the holiday shopping season yet, but consumers are getting an early start.

"Not only are some of my presents purchased, but wrapped," Phyllis Montello said.

Consumers are spending. October retail sales soared an increase of $10.7 billion since last month — a 1.7% increase. The numbers show consumers are willing to spend despite rising inflation.

"People saved a lot throughout the pandemic. They didn't travel. They didn't go to Europe. They didn't do experiences. They didn't go to events that left them a lot of cash. The federal government came along and gave them even more cash. So there's a lot of pent up savings. I think this is going to be a very strong holiday season," Arizona State University economics professor Dennis Hoffman said.

Walmart and Home Depot reported higher sales this morning. Both beat Wall Street expectations. It's a positive outlook going into the holiday season. For Home Depot, sales continue to surge in the hot housing market revenue rose 9.8% to $36.82 billion — it could be that people are working at home and making their home offices look better.

"I'm keeping an eye on the flip side is consumer sentiment numbers have actually still been kind of in the toilet., said Katie Thomas, with the Kearney Consumer Institute. "University of Michigan released their numbers earlier this week, and they were the lowest we've seen in a decade. Now the good news is in some ways, we're not seeing that with spend, but it shows that there's just a lot of uncertainty still."

"Like when you're ordering from Amazon, it's taking longer to receive the orders.  I have five grandchildren and it’s super important those presents are under the tree and wrapped," Montello said.

While consumer spending is high, experts warn for this holiday — shop now.

"So as the supply chain disruptions that we've encountered globally continue to persist for the holiday season, the sheer advice for consumers is if you see it, buy it. And it's sort of like a decision tree you can keep it or you can return it," Fashion Institute of Technology business professor Vincent Quan said.