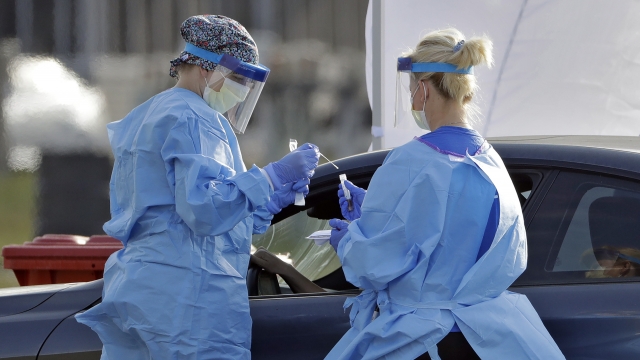 AP reports new COVID-19 infections may not be counted due to lack of national standardization or reporting structure.

Thanks to the rapid COVID-19 tests millions more Americans can be tested for the virus, but as testing becomes more available, are results being reported? All U.S. testing sites are legally required to report their results. But state health officials from around the country tell the AP that new infections discovered in rapid tests taken outside of hospitals and laboratories may not be counted.

They say the problem is a lack of national standardization and structure to make reporting easier. The federal government will send more than 100 million rapid coronavirus tests to states which includes public schools and nursing homes.

Experts such as Dr. Jeffrey Engel are sounding the alarm. He says: "schools certainly don’t have the capacity to report these tests. If it’s done at all it’s likely going to be paper-based, very slow and incomplete.”