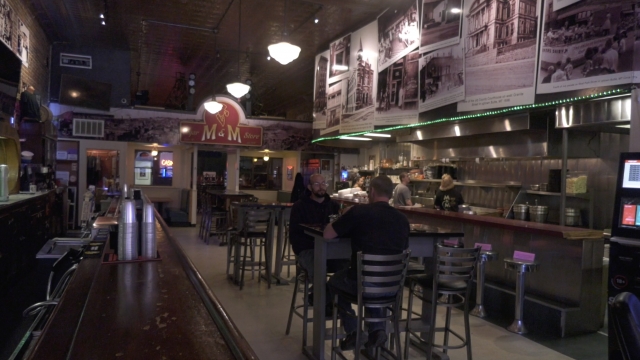 Restaurants across the country are starting to reopen, but where you live will impact what that experience is like.

"Every day, there's a few more openings as well as every day we're hearing reports of restaurants that are closing permanently," said Karen Bremer, CEO of the Georgia Restaurant Association.

Guidelines for restaurants vary from state to state. Common rules include reductions in capacity, keeping tables six feet apart, limiting the number of people per group and requiring employees to wear masks or face coverings.

Georgia was one of the first states to allow restaurants to reopen. But many owners chose not to because the reduced capacity rules made it nearly impossible to make money. Those rules have since been relaxed, allowing more restaurants to consider reopening. Some are coming up with creative ways to help keep distance between employees and guests.

"And we have come up with a QR code for people that just want to scan it with their phone and go directly to our website. We just developed that online ordering platform to allow the guests to pay through their phone as well," said Richard Tang, restaurateur and owner of Atlanta's Char Korean Bar and Grill. 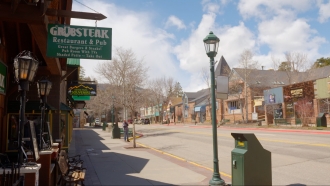 In Ohio, restaurants are allowed to open their outdoor dining spaces first, with indoor following about a week later. One owner installed shower curtains between tables to help maximize the number of people who could sit down at once.

“Plexiglas was too expensive, hard to find and heavy for how we thought we could install it. ... One reason they needed to be retractable is so if we needed them, we could close them. Or otherwise they would be back in the set position,” said Kim Shapiro, owner of Twisted Citrus in North Canton, Ohio.

But some restaurants can’t afford to make the changes necessary to adapt to social distancing rules.

"For us it seems really backward. To open up, to install all the social distancing stuff would cost a lot of money. We haven't been open so we don't have money to make these improvements," said Stuart Mackenzie, owner of Northside Yacht Club in Cincinnati.

And choosing to reopen comes with its own risks.

"Just because the government says that you can reopen doesn't mean people are coming back out," said Tang.

The guidelines are just as important for diners as they are for employees.