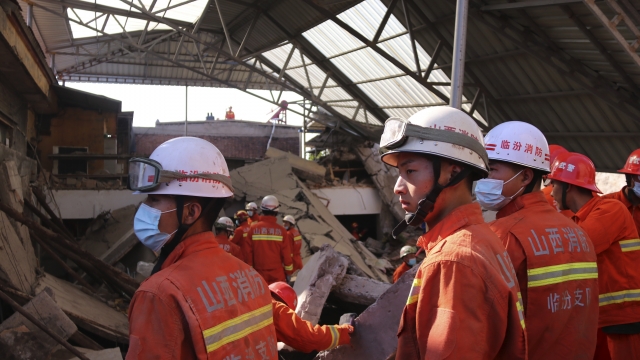 Chinese officials have ended a rescue mission for 29 people who died after a two-story restaurant collapsed during an 80th birthday celebration on Saturday morning. Another 28 people were injured, seven of them seriously. Hundreds of rescue workers using sniffing dogs, cranes and high-tech sensors searched through rubble hoping to find survivors. While China has seen major improvements in industrial safety, the Associated Press reports the restaurant was in a rural area where building standards are sometimes ignored. Investigators are trying to determine the cause of the collapse.