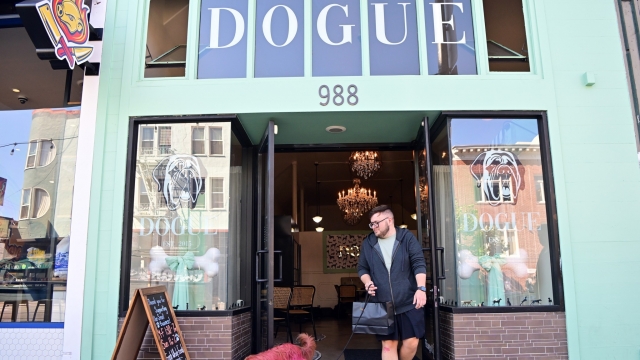 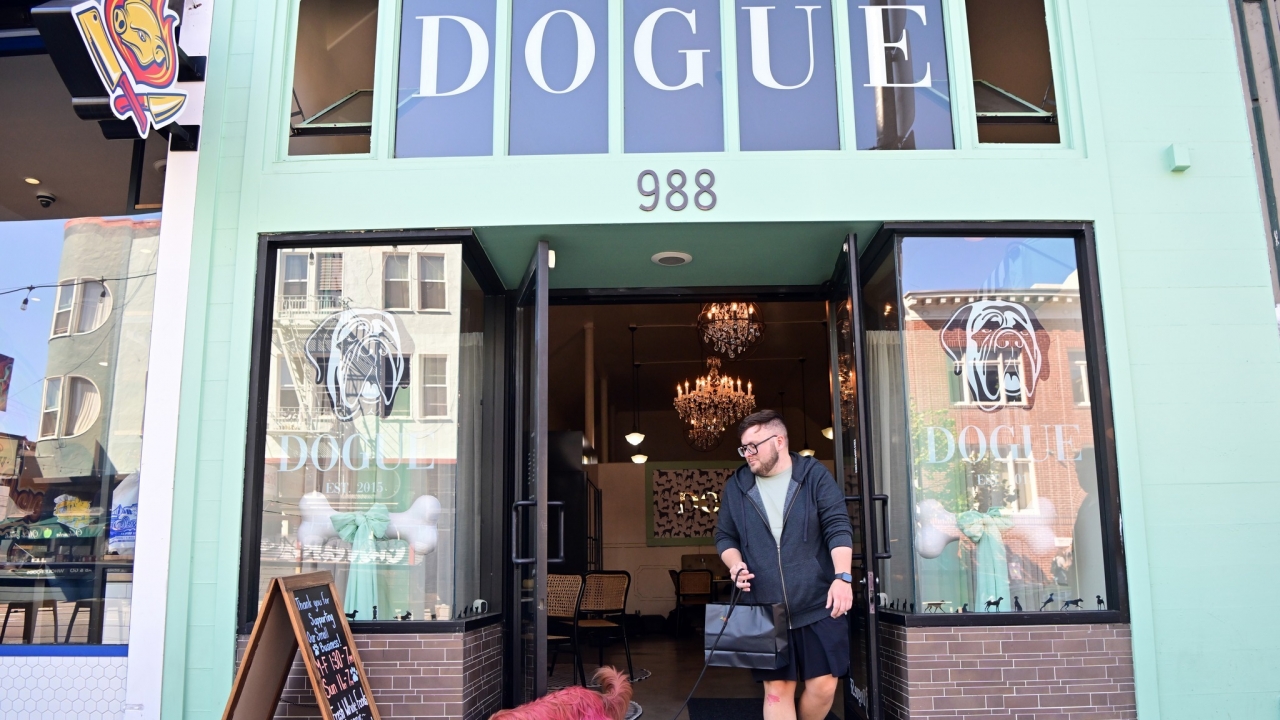 By Tricia Goss
By Tricia Goss
November 2, 2022
This upscale eatery is helmed by a professional chef trained in classical French cuisine. The decadent dining option costs $75 per pup.

An upscale eatery in San Francisco has gone to the dogs. Dogue (rhymes with "vogue") opened in the city's trendy Mission District in September, and the entire menu was designed with pampered pups in mind.

Rahmi Massarweh, a professional chef trained in classical French cuisine, began developing meals for his English mastiff, Grizzly, using seasonal, fresh, whole foods. In 2015, Massarweh and his wife officially began offering doggy meal prep for clients. And now, he has turned his full attention to the new Pawtisserie and Bone Appetit Cafe at Dogue (French for "mastiff"), where only canines make the guest list.

Along with bespoke meal plans tailored to each pet's needs, Dogue offers many other indulgent but nutritious treats for $2.50-$95. For example, "Dogguccinos" are similar to the well-known "pup cups" available at certain drive-thru windows, except these are made of grass-fed organic cream infused with activated coconut charcoal.

"We serve it in a little espresso cup with a little coconut shortbread cookie," Massarweh told Business Insider.

Photojournalist Josh Edelson shared pictures he took of the restaurant on Facebook.

Pet parents can certainly stock up and take a doggy bag of goodies to go, but the three-course tasting menu served every Sunday is the scene stealer. According to Food & Wine, the current menu includes a pastured chicken and organic chaga mushroom soup starter, a main course of grass-fed steak tartare with a quail egg, organic broccoli sprouts, and an organic chicken skin waffle with a coconut-charcoal custard for dessert.

"I wanted to celebrate him," Espinoza told Associated Press. "He is so special to me. He's my four-legged child and this is the perfect place to do a really nice celebration. We're foodies. I guess he is too, now."

The tasting menu does include a mimosa and a baked treat for each guest's human companion, in case you were wondering.

Although the meals and treats appear to be a pricey way to spoil your dog, Massarweh's goal is to raise awareness about healthier options for dog food. The business's website lists the benefit of raw food diets for dogs, such as increased energy, better coat and body condition and better digestion.

"We're trying to closely mimic, as much as possible, a natural diet of a wild dog or a wild canine," Massarweh told Insider.

However, it should be noted that current research on raw food indicates it can pose health risks to dogs, and scientists are not convinced that the benefits are worth it. More research needs to be done; consult your veterinarian before switching your dog's diet. 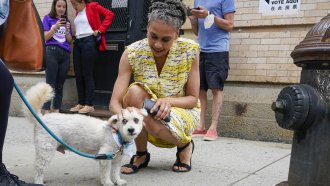 Why Is The American Pet Industry Growing?