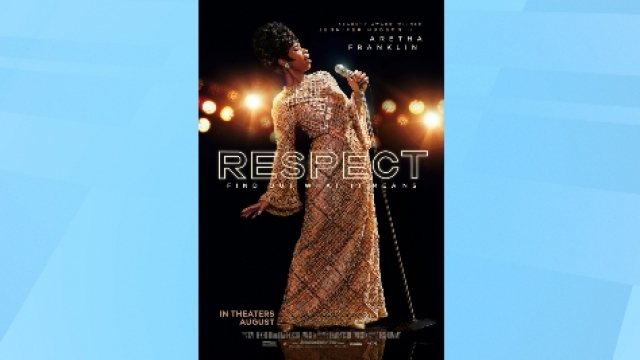 The star-studded biopic "Respect" isn't just an homage to the legendary R&B singer Aretha Franklin — it's a visual love letter to America's musical past.

"The sixties has always been something I've always wanted to recreate," said production designer Ina Mayhew. "It's such an interesting time of style. Things are starting to change. Architecture is getting a little bit more streamlined. And every place we went, we made sure we were authentic to the era."

Mayhew was the production designer behind the film, where her team built twelve different original sets — from Aretha Franklin's childhood home in Detroit to the Rainbow Room in New York City.

She said: "In every single set, we made sure there were photos and objects and pieces of furniture to really show you, you know, you're showing class, you’re showing where they are at this point in their life, how they would have decorated in terms of their personality and style."

The furniture you see in the scenes from the 1950's was found and reupholstered to match the style of the time period, and Alabama's famous Muscle Shoals recording studio was duplicated right down to the soundproofing on the wall.

"We researched to death," Mayhew said. "That's all I can say."