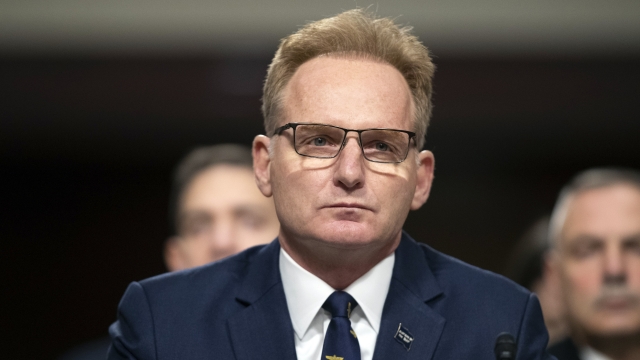 Modly made the trip to address sailors on board the USS Theodore Roosevelt after the dismissal of Capt. Brett Crozier. The outlet reports that Modly's 35 hours of air time on a modified Gulfstream jet came with an hourly price tag of nearly $7,000.

Modly resigned Tuesday after his speech to the ship's crew regarding the firing of Crozier was leaked. In the audio recording, Modly can be heard telling the crew that Crozier was "too naive or too stupid" to lead the USS Theodore Roosevelt. His remarks caught backlash from several lawmakers, including House Speaker Nancy Pelosi, who called for his resignation.

Crozier was relieved from his post after raising concerns about the coronavirus spreading aboard the ship. In a memo obtained by news outlets, Crozier had asked the Navy for additional assistance in handling the ship's outbreak.

Modly will be replaced by Undersecretary of the Army James McPherson.