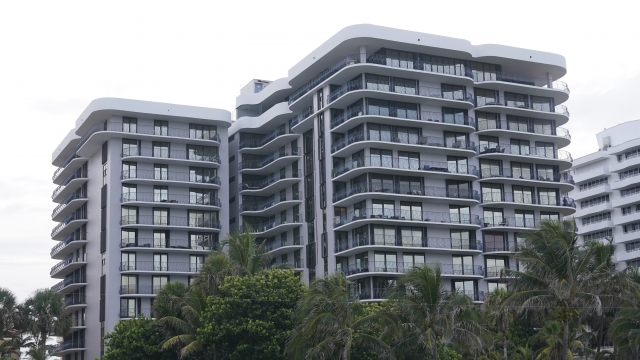 SMS
Residents Of Surfside Condo's Twin Building Split On Staying
By Simon Kaufman
By Simon Kaufman
June 30, 2021
While some Champlain Tower North residents have left, many are staying put and awaiting a thorough inspection of the building.
SHOW TRANSCRIPT

In a twin building just 100 yards away from the building that collapsed in Surfside, Florida, residents are split on whether to stay or leave.

Champlain Tower North was built a year after the condo that collapsed by the same company. Some who live there fear they're also at risk.

"This opened up sort of like a can of worms to a lot of things that may or may not pertain to my building or any of the buildings on the water," Rebecca Weinstock said. "But this has to be, I don't even know if it can ever be cleared up."

Weinstock lives in the north building during the winter but says she's not comfortable yet to go back down. Others there say they're staying put.

Residents there say they've seen inspectors in the building since the collapse and say they're going to hire independent engineers to look at that building too.