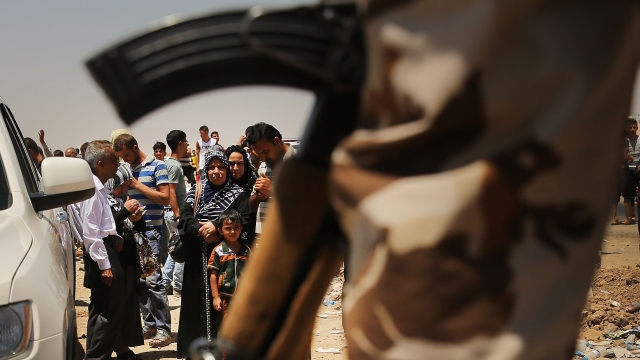 SMS
Mosul Residents Face A Deadly Catch-22 As Siege Begins
By Ryan Biek
By Ryan Biek
October 17, 2016
Iraqi forces have begun the battle to retake Mosul from ISIS, but over 1 million residents are in danger whether they stay in or leave the city.
SHOW TRANSCRIPT

As Iraqi forces begin their siege on Mosul to eradicate ISIS, many fear a humanitarian crisis is just around the corner.

With over 1 million residents possibly trying to flee the city, the situation could become one of the worst man-made displacement crises in recent memory.

On the first day of the battle, emergency camps were ready to accommodate 60,000 people, but 200,000 people may try to escape Mosul in just the first few days.

That is if they're able to flee. ISIS snipers and land mines are trapping residents in the city where the terror group is trying to use them as human shields. Those unable to leave were simply instructed to "[maintain] distance from all [ISIS] positions ..."

There's fear those who do escape Mosul won't be safe in refugee camps. When the Iraqi military took back the city of Fallujah, male refugees faced extra interrogations to make sure they weren't ISIS militants or supporters, but that screening sometimes led to abuse and torture.