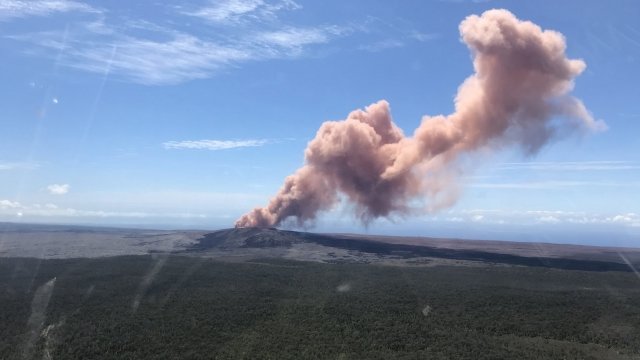 Roughly 1,700 residents were ordered to evacuate after Kilauea, a volcano on Hawaii's Big Island, erupted.

Officials had been telling residents to stay alert, since hundreds of smaller earthquakes have rattled the area over the course of a few days starting at the end of April. 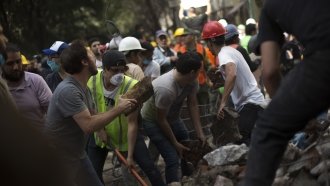 Earthquakes Could Get Worse In 2018 Due To Earth's Slowing Rotation

On Thursday, lava reportedly shot up as high as 100 feet from a giant fissure that formed in a neighborhood close to the volcano. The crack stretched for almost 500 feet.

Officials are unable to predict how long the eruption will last. As Newsy previously reported, one scientist said the recent seismic activity was similar to another Kilauea eruption in 1955. That eruption lasted about three months and covered about 3,900 acres of land with lava.

Hawaii's governor called in members of the National Guard to help with evacuations and security.