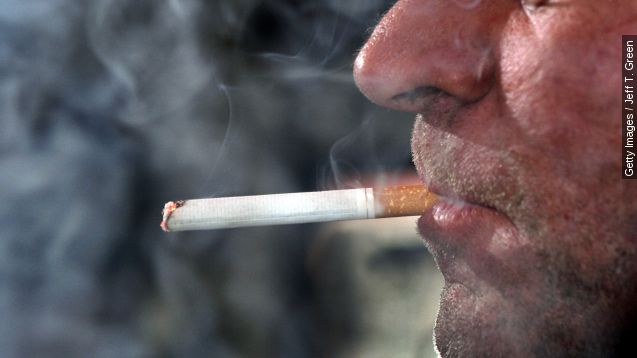 Researchers think more should be done to explore the direction of causality between smoking and schizophrenia.

Many studies have shown that people who have schizophrenia are more likely to be smokers.

Now researchers say more studies should be done to find out if smoking plays a role in the development of schizophrenia.

The disorder may cause people to hear voices or have other incidences of psychosis. The higher rate of smoking among patients diagnosed with schizophrenia was previously thought to be explained by self medication — researchers thought smoking was used by patients to help them relax. (Video via CNN)

But a recent study found that schizophrenics who smoke may have developed the disorder at an earlier age on average, although it says the effect of smoking "seems to be modest."

The team of researchers looked at 61 other studies that involved 14,555 tobacco users in all.

One of the authors of the study told the Guardian, "While it is always hard to determine the direction of causality, our findings indicate that smoking should be taken seriously as a possible risk factor for developing psychosis, and not dismissed simply as a consequence of the illness."

The study was published in The Lancet Psychiatry.