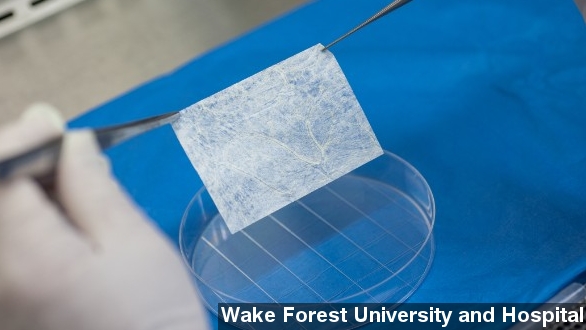 By Jasmine Bailey
April 11, 2014
For the first time researchers have created and successfully transplanted vaginas into four women.
SHOW TRANSCRIPT

In what's being called a medical "milestone," for the first time in history scientists have successfully implanted full functioning lab-grown vaginas.

The study involved four girls, ages 13 through 18, who were born with a rare genetic condition that caused them to lack or have underdeveloped vaginal organs. A medical analyst for WTVT explained how the process of recreating the organs worked. (Via Time)

"What they do is they take cells from the girls..  and then they use a matrix that comes from pigs ... and then they develop this organ. ... They take that, they implant it into they girls and it grew with them."

Researchers from the U.S. and Mexico conducted the study and continued to follow up with the girls. Over time — it's now has been about eight years — the implants developed into true vaginal tissue with nerves and blood supply.

The results, published in the journal Lancet, reveled the implants "showed variables in the normal range in all areas tested, such as desire, arousal, lubrication, orgasm, satisfaction, and painless intercourse."

But that's not the only groundbreaking news to come out of the medical world Friday. In a separate study out of London, doctors were able to help cancer patients through tissue engineering.

"They created human cartilage from a patient's cells, rebuilding the damaged nostrils of five skin cancer patients. With a major shortage of organs, researchers hope their work in the lab will someday help relieve the crisis." (Via  KAUZ)

But researchers admit they are still a long way off. In time, if the methods are approved by the FDA, doctors could potentially help a wide range of patients, including those with cancer or injuries or even men seeking sex-change operations.