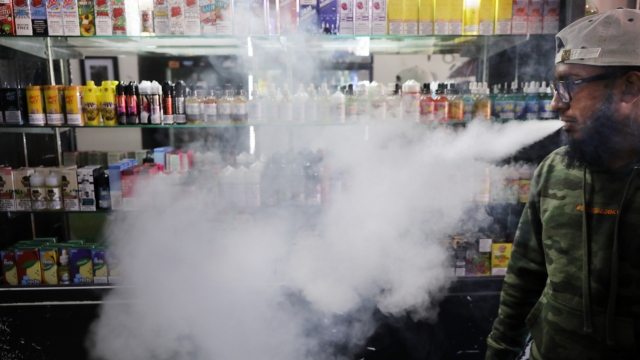 "What we see with these vaping cases is a kind of severe chemical injury that I've never seen before in a tobacco smoker or a traditional marijuana smoker. But I think we've only seen the tip of the iceberg," Dr. Brandon Larsen said.

Researchers say lung injuries linked to e-cigarette use are most likely caused by "noxious chemical fumes" from the vape liquid.

Doctors from the Mayo Clinic made the discovery after examining lung tissue samples from 17 patients suspected of having a vaping-related lung illness. Two of those samples came from people who died.

Researchers initially thought the injuries might have been caused by an accumulation of fatty substances like mineral oils on the lungs. But they didn't find any evidence to support that theory. Instead, they noticed the lung damage was similar to a chemical burn.

As one of the researchers told The New York Times: "To be honest, they look like the kind of change you would expect to see in an unfortunate worker in an industrial accident where a big barrel of toxic chemicals spills, and that person is exposed to toxic fumes."

Based on what researchers saw in the study, they say they suspect most cases involve chemical contaminants, toxic byproducts or other noxious agents in vape liquids.

More than 1,000 cases of these vaping-related lung injuries have been reported across the U.S. in recent months. Public health officials have been working to determine an exact cause as more and more patients come down with symptoms like cough, shortness of breath and chest pain.

Experts are warning people to refrain from using e-cigarettes and other vaping products while the outbreak is under investigation.