Researchers Say Stonehenge Used To Have A Giant Neighbor 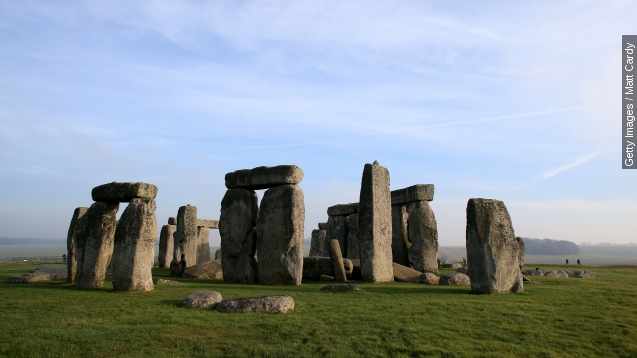 Stonehenge might not have been the main attraction 4,500 years ago.

In England, researchers with the Stonehenge Hidden Landscape Project just discovered a "superhenge" monument, which would have stood just a mile or so away from the smaller Stonehenge. (Video via the Ludwig Boltzmann Institute)

"Using the latest technologies, we've been able to look underneath the banks to see what they hide," the lead researcher told the BBC.

The evidence suggests there used to be a row, or fence, of 90 stones, some of which could have stood 15 feet tall.

"At least 30 to 40 are still there. They've just been pushed over, and a massive bank has been placed on top of them," the lead researcher told the BBC.

Besides adding to knowledge of prehistoric Europe, the find raises important questions about the landscape the monument builders lived on.

It's not clear yet if this "superhenge" was built before or after Stonehenge. But the team's leading prehistorian said, "Everything written previously about the Stonehenge landscape and the ancient monuments within it will need to be rewritten."

This video includes images from Getty Images and audio from Broke For Free / CC BY 3.0.