Researchers Say Cancer Will Kill Few Under 80 By 2050 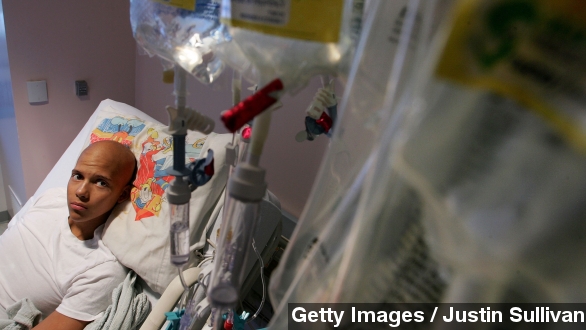 A new study about cancer is providing a glimmer of hope. It says by the year 2050, the disease will kill almost no one under the age of 80.

The study's lead author told The Telegraph: "This is a projection of what is already happening. Overall age-standardized cancer deaths are down 20 percent since about 1990."

And the researchers are urging doctors to prescribe low daily doses of aspirin for patients between the ages of 50 and 65.

This comes around the same time U.S. researchers published a study suggesting 1 in 10 patients prescribed low-dose aspirin to combat strokes and heart attacks shouldn't actually be taking the medication.

That's because long-term aspirin use, even in low doses, is linked to intestinal bleeding.

That echoes Cancer Research UK's recent statistics saying 40 percent of cancer cases could be prevented by lifestyle changes such as quitting smoking and maintaining a healthy weight.

Just days before the UCL study was released, the National Health Service in England announced it's cutting its funding of 25 cancer treatments.

The BBC reports NHS England made this decision to prevent the Cancer Drugs Fund from going over budget by more than $152 million.

The government established this fund to pay for cancer medications that have yet to be approved by the National Institute for Health and Care Excellence.