Check Out The Biggest Dinosaur Footprint Ever Discovered 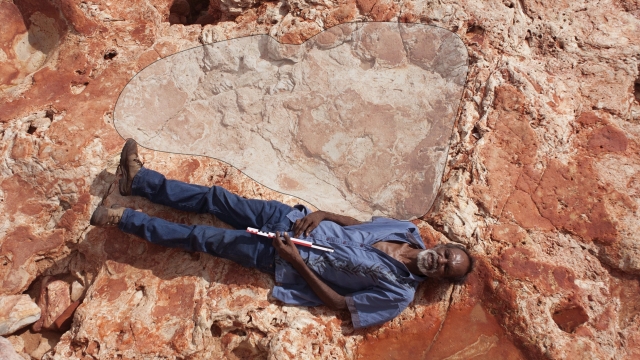 SMS
Check Out The Biggest Dinosaur Footprint Ever Discovered
By Briana Koeneman
By Briana Koeneman
March 28, 2017
The print was discovered in northwest Australia by a team of paleontologists from The University of Queensland.
SHOW TRANSCRIPT

It was discovered in a remote region of northwest Australia by a team of paleontologists from The University of Queensland.

The track measures nearly 5 feet 7 inches, and it belonged to a sauropod.

According to CNN, that's about two feet bigger than the previous record holder, which was found in Bolivia last summer. 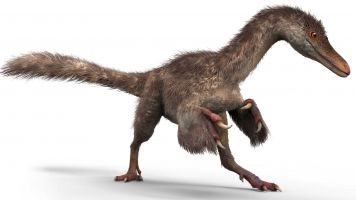 The massive footprint was just one of the interesting discoveries the team made in the area, otherwise known as "Australia's Jurassic Park."

"This area preserves one of the most diverse dinosaur track faunas anywhere in the world," the study's lead author, Dr. Steve Salisbury, said.

Researchers uncovered 21 different prints across the Dampier Peninsula coastline. And these tracks were found in rocks up to 140 million years old.

The team's findings were recently published in the Journal of Vertebrate Paleontology.